A lifelong reader, I've learned there are consistent key elements that make a novel an enjoyable experience for me. "Musts" that keep me reading and, in a few cases, cause me to re-read again and again. Primary is the author's use of dialogue. I want it natural, honest and full of emotion (the gamut from anger to painful despair to passion)--and, if at all possible, to offer some stress-relieving snippets of humor. I want a reason to care for the characters. And I need those characters flawed, unique, vulnerable, and over-challenged but so determined. I want pacing (whether depicting action or emotion) that dares me to stop turning pages; I want to lose that dare. And on top of all that (like frosting on a cupcake) I require a well-drawn setting. Please, take me somewhere! 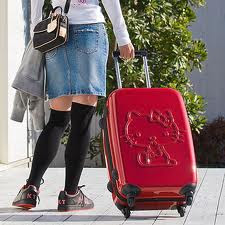 I want to feel that I'm there, merging into the scene--to see, smell, taste, hear and touch where the story's action is taking place. Let me travel--no limits, no passport (no century or planet!). . . no cringe-worthy gas station fill ups, TSA patdowns, or jet lag! A book is memorable for me when I am transported. As I reader I crave that experience.
As an author, I'm doing my best to make that happen for my readers.
Travel with me, then, to Lake Tahoe, California in my medical drama CRITICAL CARE. 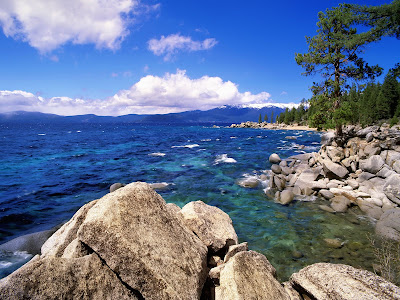 " . . . Claire laughed . . . glad she'd been able to freshen her makeup and pick the pine needles out of her hair.
Sunnyside Mountain Grill, a favorite with both locals and tourists, was casually upscale with men and women sporting trendy resort wear and sunglasses no doubt worth half a nurse’s biweekly paycheck. A jazz combo played at the edge of the deck, its bass-heavy music blending with soft laughter, tinkling glassware, and the crisp flutter of sails in the marina below. In the distance, the majestic Sierra Mountains, peaks white with snow, seemed to rise from the glassy blue surface of the lake itself.
She closed her eyes for a moment, letting the sun warm her face and inhaling the wonderful mix of scents: pine trees, oiled decking, coconut sunscreen . . . and sizzling orders of burgers and fries. Her stomach rumbled and she smiled. This was not her typical day, for sure. Claire opened her eyes as Logan spoke . . ."
***
And on to the Pacific Coast in DISASTER STATUS: " . . . The Sunday surfers were out in force, at least a dozen straddling their boards in the cove below Arlo’s Bait & Moor. Kids scurried along the sand chasing skim boards, dodging an older man as he tossed a stick for his tireless black Lab. Alongside parked vans, groups of young people stood talking and listening to music, women wearing smocked dresses and skirts in hibiscus prints and tie-dye; men in sunglasses and neon-bright wetsuits over plaid shorts, sand clinging to their tanned legs . . . Sand. Erin sighed. She’d had sand in her shoes when she got home last night. Had shaken them out over her grandmother’s hollyhock bed, but she was having less success shaking the confusing tumble of emotions left in the wake of her day with Scott . . . "
***
Then to timeless San Francisco in the Mercy Hospital series' finale, CODE TRIAGE. 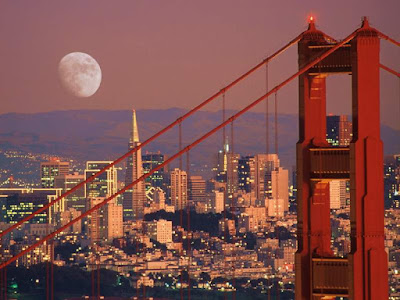 " . . . Nick left Lombard and drove south east on 11th toward Mission, then onto the Embarcadero, weaving in and out of traffic under the jumble of humming electric bus wires, passing a double-decker sightseeing bus and a group of helmeted tourists navigating the crowded sidewalk on Segways. Then drove downhill toward Beach Street, Fisherman’s Wharf and the view of the Bay beyond the marina that always made his breath catch.
He skirted Golden Gate Park on the loop back, breathing in the familiar scent from the huge, peeling and silvery green stands of eucalyptus that lined it—sweet, clean, sharp . . . a hint of camphor. The same scent, in subtle traces, was in Leigh’s favorite herbal shampoo and he’d teased her more than once that she smelled like his favorite city. Like home . . . He sneaked a glimpse of her, noticing that she’d closed her eyes and relaxed back against the headrest. Almost as if she was sleeping. He tried not to think that he’d never see her that way again . . . "
***
I loved giving my readers a "taste" of these colorful Northern California in the Mercy Hospital series. And I'm just as eager to paint memorable settings in my new book series that will debut in Spring of 2012.
Can you guess from the picture below where (working title) TRAUMA PLAN is set? 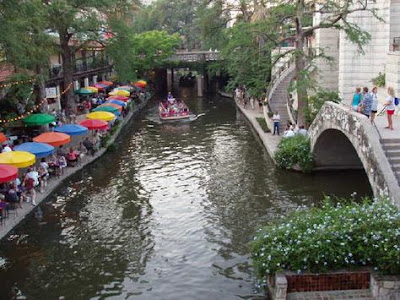 If you need more help, here's a little "taste":
". . . Riley stopped halfway down the steps from St. Mary’s Street, boggled by her first glimpse of the San Antonio Riverwalk. It felt like she’d been swept up in a Texas tornado and dropped into a South of the Border Oz-- below the streets of the seventh largest city in America. She held her breath, staring at a sultry and beckoning tangle of green: water, jungle-thick foliage, and a canopy of trees strung with colored lights and endless steamers. There were bright umbrellas, riverboats, tables on meandering sidewalks, neon signs, balloons, people everywhere. And a rich thrum of sounds: the chug-burble-splash of boat engines, childish squeals, ducks, sudden explosive cheers, the brass-and-string strains of Mariachi music, and—
'Smell that?' Jack asked, pressing close to allow a family in magenta sombreros to squeeze by. 'Every kind of food you can imagine . . . on a stick . . . ' "
***
I'm eager to share this story with you!
Well then, in a span of moments we've journeyed to four great places . . . without leaving our computer chairs. Or air conditioning. Something to be said for that:
Summer travel--book it!
Where are you traveling with your current summer read?
Posted by CandaceCalvert at 9:38 AM 2 comments: