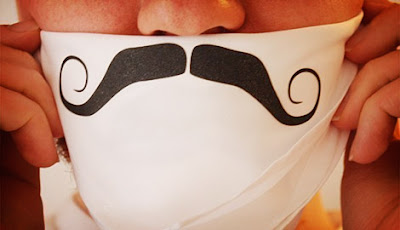 (Cue drum roll) I've passed the halfway mark in the first draft of DISASTER STATUS, the second in my medical drama series. My most ambitious work so far (involving a pesticide scare in a Pacific coast community), it's told from the point of view of FIVE separate characters: ER nurse Erin Quinn, Fire captain Scott McKenna, elderly widow Iris Quinn, female physician Leigh Henner . . . and hospital housekeeper (and Viet Nam vet) "Sarge" Gunther.
In the action-packed opening scene, firefighter Scott McKenna barrels through the ER doors carrying a migrant worker's child suffering a full-blown seizure. A toxic exposure is the cause, and the devastating effects may be widespread--a fact that is both unifying and polarizing for related rescue personnel. Off-duty charge nurse Erin Quinn discovers this bluntly when attempting to re-join her ER team only to be denied access by newly appointed incident commander Captain McKenna. Fear, duty, pride . . . and personal survival instincts, come into play as each character adds his/her own "baggage" to the already toxic mix.
As a writer, it is intriguing to "climb into" the minds of these very different characters. And at this 'halfway' marker, I'm finding that viewing the story through the eyes of my "dark" character, "Sarge" is most intriguing of all. I'm not surprised. In CRITICAL CARE (set for release June 2009) , the character of ER nurse Sarah Burke was equally enjoyable. So what do I mean by a "dark" character? Darth Vader? Not exactly. Maybe more like T.V.'s Gregory "House." Was there ever a character you hate to love more than that brilliant and abrasive doctor?? Or one whose heroic qualities are more finely balanced against all too obvious flaws and weaknesses?
That is exactly the challenge for a writer.
I remember very clearly a line in a writing workshop that made bells ring for me. It may have been author Jennifer Crusie who said it (not sure); but here's the gist:
"A villain {or dark character} is a hero in his own mind."
His goals, his driving motivation, are as desperately important to him as are those that guide the hero. He (or she) is fully dimensional (has strengths and flaws) and--to some degree--becomes somewhat sympathetic to the reader. In the case of my characters Sarah and Sarge, their painful and troubled pasts lead them into downward spirals . . . that inevitably alter the lives of people around them. They become catalysts for change.
Here's a snippet from the draft of DISASTER STATUS, when we first "climb inside" the head of hospital housekeeper, "Sarge":
Sarge Gunther grimaced in the darkness against a jolt of searing pain . . . in a calf he didn’t have. Phantom pain the VA called it. He shifted his weight on the bulky prosthesis, then focused the penlight to inspect the water bottles on the storage room shelf, looking carefully at the dates, the places of manufacture, the bar codes and the lot numbers. He lined them up symmetrically and examined the tops to be certain they hadn’t been opened and re-capped. Or pierced with a needle right through the plastic. They could do that--to add the pesticides. He’d seen what they’d done to that little girl in the ER. She was still in a coma. He had to be careful. It wouldn’t do anyone any good if the Sergeant was out of commission. My unit counts on me.
When he finished checking the bottles, he’d mark each label with a tiny, inconspicuous dot of permanent ink. And then he’d know they were safe to drink, when he returned here to spend the night after everyone was gone. Sarge’s duty was here at the hospital. Sandy was safely home now. Mission completed there.
But that boy was still upstairs. Only ten years old. They were trying to take his leg.

Troubled? You betcha. Hero in his own mind? Absolutely. Villain? Dangerous?

Hmmm . . . you'll have to wait to see. Me too. I'm only HALFWAY through the first draft.

Meanwhile, anyone want to try the moustache?
Posted by CandaceCalvert at 10:13 AM

So have you ever given yourself bad dreams?! LOL

Heh heh. Interesting you should say that. When my brain is whirling with plot ideas it doesn't seem to stop at night, and I tend to have amazing technicolor dreams! Last night I flew over Europe aboard something that was half kite, half motorized flying carpet. Which, of course, doesn't fit anywhere into what I'm writing. ;-)