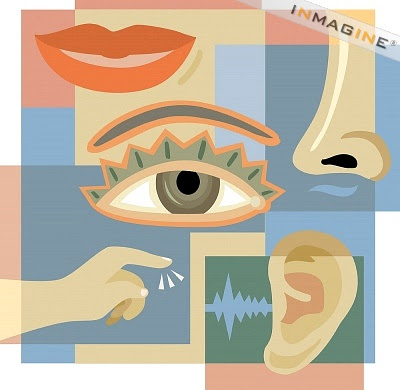 We've been breaking heat records in South Texas for number of consecutive days over 100 degrees (59) and because of that I've been extra eager for autumn. It's my favorite season and I love everything about it: the cool crisp feel of the air, the display of ember-rich colors from turning leaves to candy corn; seasonal tastes like pumpkin, cider, apple-butter; sounds too--geese honking overhead, the crunch of leaves underfoot, rustling corn stalks, giggling trick-or-treaters. And scents of autumn: woodsmoke, cooking spices, early rains, tangy chrysanthemums. It's Texas summer and I want it to be fall. So much so that (despite the heat) hubby and I enjoyed our first Starbuck's Spiced Pumpkin Latte. And a frosting drizzled pumpkin scone. I took a sip, a bite, closed my eyes, and found myself doing what I always do: trying to put the flavor, the scent, the experience into words. If you're a writer, you know what I mean.

Capturing a moment (or a place, experience) in words so that it can be shared . . . is an obsession. We need to do it. My dear husband (having been married to a writer for a decade now) no longer finds this weird, bless him. And understood completely when I recently said, "We need to go to San Francisco for a book research trip." He didn't remind me that I'd been there many times before, that details were available on the Internet, in Frommers or Fodor. And he didn't wig out when we got to that fabulous city and I closed my eyes (just like at Starbucks) and used my senses to experience the city: the sounds, the feel, the smells . . . kaliedescope of colors--the taste--of this unforgettable "City by the Bay"!

Here are a few snippets from the initial draft of CODE TRIAGE, set in San Francisco:

Nick slid his key into the lock, heard the click of the deadbolt, then turned to peer down the Richmond district block—our block. Rows of mis-matched homes, mostly Victorians, some lovingly restored with fresh paint the colors of sherbets, leaded glass windows, shingled turrets; some with sagging porches and peeling paint; most with wrought iron entry doors. Trees rising from sidewalks, shrubs in planters hugged close to foundations, window boxes filled with purple bougainvillea, butter yellow chrysanthemums and trailing orange natursiams.

He cocked his head, taking in the timeless blend of sounds that was the voice of this neighborhood: shouts of children at play, pigeons on the wires overhead, guttural wheeze of buses, honks, and distant hum of buses moving along the crisscross tangle of electrical lines. Further out . . . gulls, fog horns, and the faint whoosh of the ocean.

He drew in a breath of crisp, sea-scented air and peered further down the steep slope of cracked asphalt where—when the fog rolled away, like it had today—there was barest glimpse of the majestic Golden Gate Bridge. Rising from its piers in the bay between huge towers, a breath-catching span of vermilion-orange suspended over the ocean with scalloped cables like . . . frosting on a wedding cake. He remembered Leigh’s words . . . “We don’t need a wedding cake, Nick . . . we have the Golden Gate . . . every morning and every night.” And now . . . he was cleaning his things out of their house.

Leigh pointed to Nick's face, brushing at her own. "You have a little flake of churro, right . . . you got it." She watched him over the rim of her cup--rich Mexican chocolate with cream, eggs, vanilla, and a dash of cinnamon. She almost never indulged in something so decadent, but today . . .

"This is perfect," she said noticing that Nick still had a faint sprinkling of sugar in the dark beard growth on his chin. "The chocolate, I mean," she added quickly.


Then, for a different scene at a stables in Golden Gate National Park:

Leigh walked back to the empty stall beside Frisco’s. She opened the latch, stepped inside, then sank down into the soft, untouched mound of pine shavings. She leaned back against the heavy oak planks at the back of the stall, closed her eyes, and listened to the always-soothing blend of sounds; Frisco’s breathing, deep and steady, to one side, Tag’s snuffles and chewing noises on the other. She heard the high chit-chit of barn swallows swooping through the rafters, a wheelbarrow laden with feed squeaking down the barn’s aisles accompanied by the steady thud of work boots; nickers of horses, and far away strains of a radio playing something in Spanish, laced with guitar and trumpet. All so different from the chaos and turmoil of her hours in the ER. It was peaceful here, bone-level peace. No, it was the soul level peace she craved. She wondered, idly, what it would be like to sleep here, to bed down in a stables. She opened her eyes. Maybe Nick hadn’t been so far off when he’d chided her about living at the barn.

His words last night drifted back: “I still love you.”

As writers, sensory details are important implements in our toolbox. It's a way we can connect with our readers, transport them into our stories. Show them, not just tell them. And it was the reason I recently flew to San Francisco . . . rough duty, I know, but someone's got to do it.

How important is evocative description to you, as a reader? Do you need that to feel you are there "in" the story's setting?

Candy - was part of your nursing training how to impart exquisite torture?!?!

Rel--I actually do understand the eagerness. Because its hard for me to wait to share these stories! But we're getting closer. Spring with Erin and Scott in Disaster Status, then move on to Leigh and Nick's story in (feast-for-the-senses) San Francisco. Honored to have you along!

Sensory details are so important to me as a reader. Reading your words made me feel as though I'd stepped into a piece of art as a willing participant. I can't wait to read more. :-)

Sharon, thank you SO much. Someone once sent me a quote from Anais Nin: "We write to taste life twice."

I would amend that by adding, "and share it with others."