Today it's my great delight to welcome author Kristen Ethridge to Authors' Galley. I have a whole lot of fun with Kristen on Facebook as she is quite an amazing cook. And, having just enjoyed her debut novel, Saving Gracie, I can assure you that she stirs up a great story as well. Now, let's have a peek into her kitchen:


***
Made with Love
By Kristen Ethridge 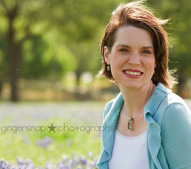 I just had this conversation with my preschooler the other night: the best food is the kind that’s made with love. She was pooh-poohing a plate of bacon from pastured pigs. It tastes different than store-bought bacon because it’s straight from the local ranch we buy our meat from and it’s not highly processed. She was less than impressed. (Come on, kid! It’s BACON. In any form, it’s impressive!) In an attempt to get her to give the bacon another chance, I reminded her that not everyone gets the chance to have their food straight from local farmers and not everyone’s mommy has the time to make a dinner from scratch. In short, this dinner (even if it was just a classy version of a BLT) was special because it was made with love.

In Hispanic cultures, few dishes say “made with love” quite like homemade tamales. Simple corn husks, masa, and filling combine together in a meal that is often the centerpiece of holidays. One friend of mine gathers with her sisters every Christmas season to make tamales in the same way their mother taught them—she’s been gone for many years, and the tamale tradition is one of many ways they keep her memory alive.
In Saving Gracie, my debut novel from Harlequin’s Love Inspired line, tamales take center stage as the heroine, Gracie Garcia, introduces the hero, Jake Peoples, to her family. The whole Garcia family has plenty of advice for Jake…but they try to disguise it as a culinary lesson. 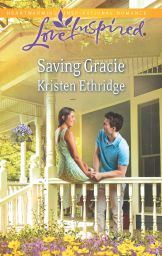 “How many tamales are we going to make tonight?”
“Ten dozen, maybe a few more. They’re always popular at the church fund-raisers. Lots of families like to eat homemade tamales, but don’t always have the time to make them.” Mami squeezed between Jake and Gloria and removed a pan heavy with a mountain of tamale filling. “Anything worth having takes time and effort. A good tamale is no different, Jake.”
“That’s a good way of looking at it, Mrs. Garcia.”
“Oh, you should call me Juanita. Mrs. Garcia is Carlos’ madre.” She smiled that warm smile Gracie had known all her life, the smile that drew people in and made them immediate friends. Gracie hoped it made Jake feel at home in the Huarache’s kitchen.
“I think I’m about finished here, Juanita.” Jake dropped the last few shreds on top of the pile in front of him, then removed the spice-stained disposable gloves.
“Muy bien! You can help Gracie spread the masa on the corn husks, then I’ll come behind you and add the filling and Gloria can roll them up. Then we’ll start putting them in the steamer.”
A large aluminum mixing bowl, filled to the brim with masa, got pushed toward the open spot next to Gracie.
“What’s the best way to do this, Gracie?” Jake asked, moving just a bit closer to her than necessary. This wasn’t the first batch of tamales Gracie had a part in making. She knew it would not be the last. But she would certainly remember it as the most enjoyable.
Gracie retrieved a husk from the bowl of water to her right and laid it out before her.  “After you get a softened husk, you reach in and grab a good handful of masa. Then with your fingers, you work it out evenly—all the way to the edges.”
That’s how you make them by yourself, Jake. When you make tamales with su novia, it’s much better to work like this.” Carlos stopped behind Juanita, wrapping his arms around her so that his hands slid between her arms and torso, making it appear that there were four hands preparing the corn and pork.
Gracie hoped Jake’s Spanish wasn’t good enough to realize the word Papi used could be translated as “girlfriend.” A small flush of embarrassment prickled at Gracie’s cheeks like the brush of a holly bush. She and Jake were nothing more than adversaries who were becoming friends. No matter how old a daughter got, a father could still embarrass her without even trying.
“Maybe you’re right, Carlos.” Jake came up behind Gracie. “That would definitely make it more fun.” 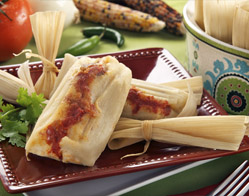 What about you? Have you ever made tamales before? I have, and it’s a lot of fun. Here’s a link to a very easy, traditional-style recipe that you might want to try.  I like to make a unique version with chicken and pineapple in the filling. What foods say “made with love” to you? Is it a recipe you identify with a particular family member or holiday? Or something else entirely?
Post your favorite “made with love” meal in the comments below and be entered to win a copy of Saving Gracie!

Saving Gracie was a February 2013 release from Harlequin’s Love Inspired line. Since it’s a series romance, you probably won’t find it on store shelves now, but never fear! You can get it from Amazon in paperback or Kindle form or from Barnes and Noble, or off Harlequin’s website


***
Now I'm hungry for tamales myself--pineapple, what a great addition!
Thank you, Kristen, for joining us on Authors' Galley.


Folks, when answering Kristen's question, be sure include an e-mail address. I'll draw the winning name (using random.org) on Wednesday March 13th and notify the winner via e-mail. Meanwhile . . .


Bon Appetit and happy reading!
Posted by CandaceCalvert at 7:38 AM

Saving Gracie sounds like a great story. Loved the excerpt. Made me hungry for tamales. :-)

I've never had tamales, but you've sure made me want to try. Saving Grace sounds like a great read.
linda[dot]maendel[at]gmail[dot]com

Hi Keli! So glad you stopped by. Yes, Saving Gracie is a wonderful story--warm, funny, romantic. All those good things. PLUS food scene. I love food scenes!

So glad to "see" you here, Linda.
I've always loved tamales. Tried a (very simple!) recipe at Christmas time (found it in our grocery store magazine) and they were a huge hit.
Best of luck on the giveaway!

I have never tried tamales but they sound amazing! The book sounds like a good read too!
Lisa
Deiselbuffs@yahoo.ca

My mom makes homemade sticky buns for Christmas every year. They are the kind that take all day to make, starting with the dough rising, etc. That says love to me because she always carves time out of her busy schedule (even busier than mine) to make them for our whole family to enjoy!

This book sounds really great. Thanks for this opportunity.

Mmm, Cheri--you got my senses with that one. I love this "made with love" (and cinnamon)family tradition.
Thanks for stopping by, and I know you'll enjoy Kristin's book.

Love hearing about new authors I haven't read yet - looks like a good story to read!!

The best tamales I've ever had was when I went to Mexico for a mission trip. little poor town redoing houses and entertaining children, just to have great authentic Mexican food at night after an amazing Spanish church service. I tried to get the recipe from the little old lady who made the tons to feed us all, and she just smiled and shook her head and said "no."

and we make a salad for holidays called yum yum that's special to us all... just cream cheese, lime jello, pineapple and whipping cream, but good. and while we could make it year round, its not... only on holidays.

hope I win a copy, I live series books that include food and cooking, lol...

I really like books with recipes included int the story. I have printed out the tamale recipe. I will use it. I am known for a different kind of comfort food: macaroni and cheese. I only make it twice a year because it is fully loaded with no apologies. I love my family and friends too much to make it any more often that that. Thanks for sharing Saving Gracie. It looks like a great read.

Oh my, this brought back memories of a friend of mine Alma Fuentes. She would do this with her sisters, mom and maybe aunts/cousins. I've bought my share of them from them.

Can't wait to read the book. Quite the teaser.!.

My career was as a Home Economics teacher and I had a Mexican lady demonstrate to my class how she made tamales...they were superb. She showed them how to soaked the corn husks, cook the massa and put them together. Along with the meat she put inside one black olive and a small carrot stick. They were very well received by the students. I've not tried to make them myself.
JFWisherd(at)aol(dot)com

I have never made tamales but my husband loves them. My Mexican friend in Arizona made us some once while we watched. But I've not attempted them. My made to love dinner could have been todays - we had chicken in crock pot, mashed potatoes, gravy from broth and whole kernel corn. I would to enter to win, review and share your book.
jrs362 at hotmail dot com

I am, as usual, fashionably late to the party...but you have done a great job with the conversation and good food! This is my kind of party!

I loved reading about everyone's favorite tamale memories and comfort food. Isn't it wonderful how a special recipe can automatically take us back to a place in time, remind us of loved ones, and make an event special?

It's like to me, Thanksgiving isn't Thanksgiving unless a turkey is coming out of a fryer! My aunt is from southwestern Louisiana and we started doing fried turkey 25+ years ago with her family. Now it's what we do in my own family. In fact, we lost our turkey fryer in Hurricane Ike (note: they do not do hurricanes well, but that's another story!) and it was one of the first things we replaced!

Congratulations to Becia! Your tamale story reminded me of a wonderful mission trip I took to Juarez, Mexico, in college. Life-changing. And it made me think of the great food we had in Cozumel on a family vacation just a few weeks ago!

Thanks so much to Candace for hosting me here at Authors' Galley and to all of you for joining in! I hope you're able to pick up Saving Gracie and that you enjoy the story!