Today I'm super-excited (and proud to share an apron with) a best-selling author, proud military wife and a tenth-generation Texan-- now cheering her beloved Aggies from north of Red River. With forty-five novels (nearly two million copies) in print in the US and abroad, this amazing lady has been nominated for a Carol Award, a RITA award, Reader's Choice Award, Career Achievment Award . . . and many more! On top of all that, she's a great cook!

Three years ago, I was a single mom of four grown kids who thought popcorn was a suitable meal—except for breakfast, of course—and that restaurants were a fine substitute for cooking at home. I hadn’t always been an absent chef. When my children were young, I loved making dinner for the family. Most mornings, they went off to school with a home-cooked breakfast, too. I was the mom. Cooking is what I did. 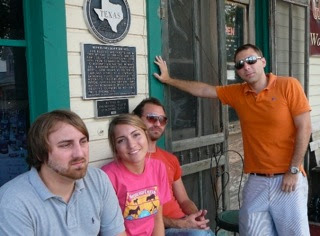 Then came the nearly empty nest years when all three of my sons had flown off to college and work, leaving only my daughter and me to fend for ourselves at mealtime. Between Hannah’s cheerleading and dance activities and my fulltime job as a paralegal, fussy dinner arrangements went by the wayside. Those nights when we didn’t go out were spent making salads or something quick on the grill. Other times, we ordered in and enjoyed the plethora of delivery options our Texas town offered. Boiling the water for tea became my biggest culinary achievement of the week.

With Hannah off at college, I moved from a home to a third-floor condo with no elevator and little incentive to purchase large quantities of groceries. This ushered in the popcorn years, happily interrupted in times of kid visits and summer vacations. But mostly, my cookbooks gathered dust, as did my stove. I will confess that I wasn’t as bad as my friend whose oven was used as storage for mail that needed sorting (true story). Until Thanksgiving morning when she attempted to cook turkey for her husband and immediate family, she had no idea the oven had never been properly installed when they built their dream home almost a year before.
But I digress…
Life as I know it changed on October 9, 2010, when I married my hero in combat boots and moved north of the Red River to where a fully stocked kitchen and several hungry teens awaited my cooking. Did I mention two of them were teenaged boys? In what felt like the blink of an eye, my empty nest was full again and so was my grocery list. 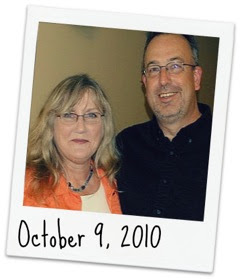 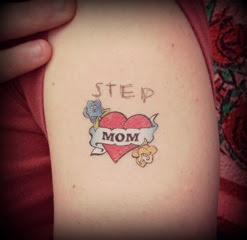 Now the issue wasn’t whether to cook, but how much? And when? I had to relearn what I had forgotten in the years since my boys were home. Males, especially those of the under-twenty variety, love to eat. And salad is not a suitable meal. Nor is popcorn. It took some experimenting, and more than a little trust on their parts, but well before the hubs and I celebrated our first anniversary, I had these Okie teens eating—gasp—Cajun food, among other delicacies. 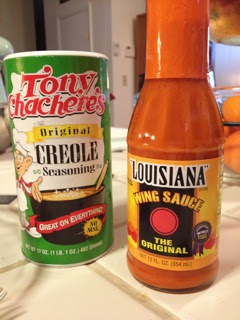 Life bumped along quite nicely north of the border until deadline season hit. For non-writers, those are the weeks when the amount of words required to complete a book does not match up with the leisurely pace of time allotted for writing them. And thus I began to experiment with “deadline food”. The crockpot became my friend, and I began to create recipes around what I could toss into the pot without having to make a grocery store run.
One of my stand-by recipes that I still keep in often rotation is Crockpot BBQ Chicken. This is a great two-ingredient dish that is literally a throw-it-in-and-forget-it entrée. To make this, simply stack frozen chicken breasts into the crockpot and then dump barbecue sauce over them. Cover and cook on low all day. Serve with corn, beans, and a salad. Delish!
But what to do when plain chicken isn’t what you’re hungry for? Try my Black Bean and Mango Lime Chipotle Chicken. This dish begins by slicing fresh mango then tossing it into the freezer for a few hours or overnight before dumping it over a layer of frozen chicken breasts in the bottom of the crockpot. Top with black beans (I used canned but freshly cooked would be great too) and chipotle salsa. You could also use canned chipotle adjusted to take your taste level into consideration. Squeeze the juice of a lime over the dish and put the lid on. Don’t peek until suppertime, and then serve over rice with salt and pepper to taste. I promise, it’s worth the wait whether your nest is empty or full! 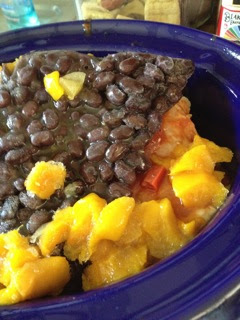 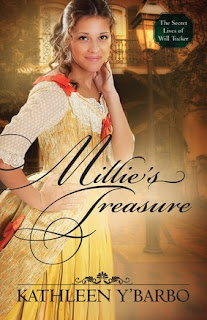 ***
Oh MY, your crockpot creations sound delicious, Kathleen--though I totally can imagine a meal of tea and popcorn . . .  Is that Greune Hall in one of those photos? I'm pretty sure I recognize it from our Texas days--memories of great music and eating at the Gristmill.
Love your "tat!"
And so appreciate your joining us today.

Now, for some added fun, Wynn-Wynn Media is offering a fabulous giveaway package, including a copy of Millie's Treasure, a Gooseberry Patch Cookbook & a cute potholder! To be included, please leave a comment below (with your e-mail address). US entries only. I will draw the winning name (via Random.Org) on Weds. August 7th and notify the lucky person via e-mail.

Posted by CandaceCalvert at 12:42 PM

Kathleen, Now you've gone and done it. I've worked hard to lose five pounds, and you've made me gain three of them back just reading this post.
Glad you have the Okies eating Cajun food. Next you can try Tex-Mex!
Thanks for the chance to get to know you better. And thanks, Candace, for hosting it all. Are these wet-naps in the packets on the table?

While I can't handle spice, your recipe sounds yummy. I may make it for my hubby. Thanks for letting us get to know you!

I keep telling Kathleen I'm just going to show up at her house some weekend. This may be the post that pushes me over the edge into actually doing just that! MMM! I love Cajun food!

I am going to try your recipe for Mango chicken this weekend! Sadly, my family will wonder what we are celebrating as I, too, have fallen off the path of cooking meals. With three young kids it is easy to do! This has inspired me to start up again. No more popcorn dinners!
Olchavez81@gmail.com

Love the crockpot ideas. I don't do the super spicy but I will add some. Mango chicken sounds so good. I've eaten popcorn for supper a time or two. Just me so meals are kinda strange.
imabrassy1@yahoo.com

Loving these posts! Actually the picture of my kids was taken in front of Wuenche Brothers in Spring, TX on the day my eldest left for London. Had to have that chicken friend steak one more time!

Enjoyed your blog post - love cookbooks & would love to read your book! Thanks for the giveaway opportunity!

When my kids were small and I was working I relied heavily on my crockpot. It was so nice to come home and have dinner already fixed.
Thanks for the giveaway.
Janet E.
von1janet(at)gmail(dot)com

Candace, I have to say - as one who eats mostly raw and fresh, almost never takes the time to cook, and for whom meals are an inconvenience - your blog throttles my scrawny throat with the desire to cook!
lotta love ~ lb

Okay, I'll have to try that mango recipe.

Oh man, I don't have a crock pot! Maybe my husband will buy me one for our anniversary on the 7th. Wait a minute. What am I thinking?! A crockpot? Nope. That won't do but maybe I'll get one later so I can make this delicious sounding chicken dish. I just need to win your book so I'll have something to read while I wait for it to cook all day ;)

Well, I use my crockpot and make freezer meals when possible for those crazy busy days. I am making those now for the start of school and tennis season. Hard part is finding new recipes. I get tired of same old things, :).

Funny how males like meals. I don't care for popcorn but a bowl of cereal will suffice, :)

I have actually tried the BBQ chicken recipe in my crockpot. Love how simple it is! Would love to win this great prize giveaway!

Hey, Richard--great to see you here. I'm having such fun hosting y'all! Yes, wet-naps (and a bib or two) always available.

Orianna! Dying to know: Did you fix the mango chicken?
Ann: me too on the crockpot. The big bonus is getting to smell it all day.
Connie: great to see you here.
Hi Karen and Bonnie!

This sounds like the kind of cooking I need to do. My daughter and son keep me on the run with all their after school activites so cooking is hard for me. It seems like I don't have time. I like for us to all eat together at the table.

I did and we all loved it! I have made a promise to fix this at least once a month :)

I'm an Okie too and I love spicy food. Raising my three grandsons keeps me busy and our home sometimes seems like a train station with all the comings and goings, so a crock pot is one of my best friends. Congrats on your book and taking time for us to get to know you better.
grandmabkr at yahoo dot com

What a wonderful interview! It was so refreshing reading about really personal things like food! I have already ordered both books in this series and read the second on on my kindle. So don't enter me in the giveaway, I just wanted to let you know how much I enjoyed the interview.
Debbie

So excited to try your mango chicken. Sounds delicious & the crockpot is my friend. Thanks, Candace, for a chance to meet Kathleen. ClSwalwell@gmail.com

Loving all these comments. I was speaking in Houston over the weekend, so I apologize for not being present and quick to respond until now. I hope you'll all consider giving the recipes a try...and maybe one of my books as well!

Congratulations to our giveaway winner, Katrina E! And thank you all for stopping by to make Kathleen feel at home--you're the best!