Even for those of us who love to cook, there are times when life simply gets in the way, or--in truth--we're just not feelin' it. If you're alone, maybe it's a great excuse for a popcorn entree. Hey, I've done it.

But if you've got other rumbling tummies in the house, you'll want to come up with something a bit more substantial-- beyond cheddar cheese powder on the popcorn.

How do you make something quick, nutritious, and yummy? Something that looks like you fussed, but didn't lash you to the stove for hours? It's entirely possible. 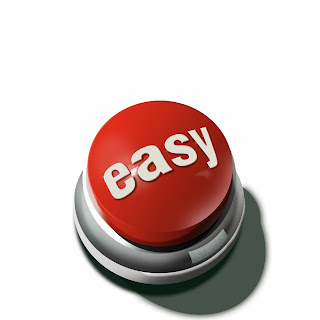 Here's one of my favorite Easy Button meals.

Yep, we're starting with a can and a package: 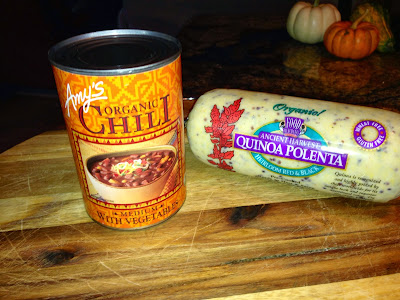 Chili: I like to use a nice organic (vegetarian) brand like Amy's. But any chili is fine.

Polenta: I find mine in the pasta section. This one is organic Quinoa. But ordinary corn polenta works just as well. It's pre-cooked, ready to heat and enjoy.

Now for some fun "extras": 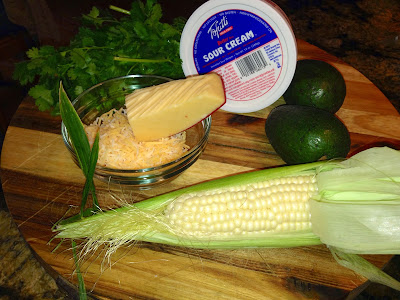 Sour cream (this one is vegan), avocadoes, cilantro, grated cheese of choice, and an ear of corn.

Slice and grill the polenta: 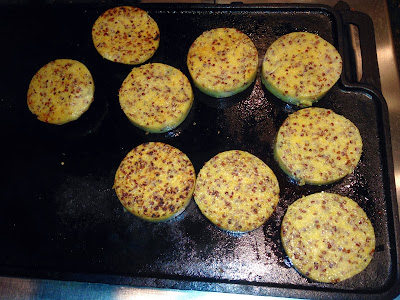 Microwave the corn for a few minutes, then toss it on the grill, too: 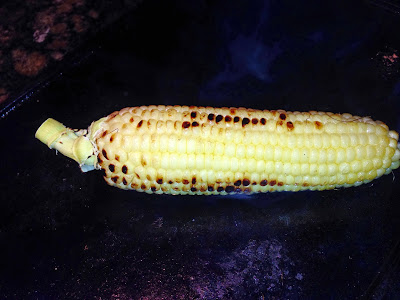 Heat the chili (stove or microwave). Then put polenta on plates, top with chili, roasted corn (any corn is fine, doesn't have to be roasted), grated cheese, sour cream, avocado slices, and cilantro. Maybe a buttered tortilla on the side.  Add a pretty napkin and . . . voila! 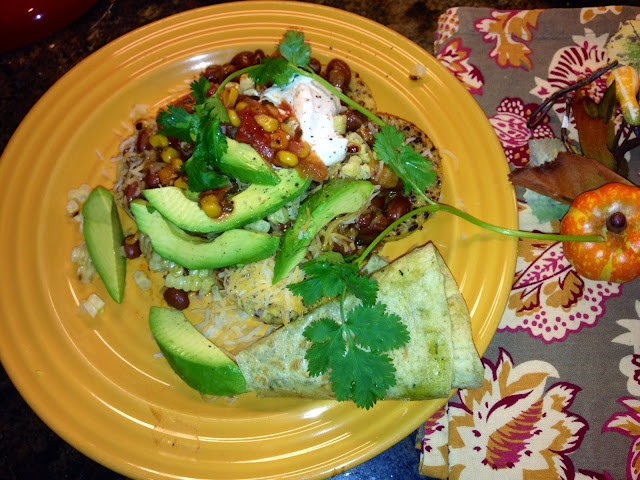 Healthful, fast, pretty, looks like you fussed. Let them shower you with compliments: no need to confess you hit the Easy Button.

And speaking of short-cut meals, here's a little snippet from my upcoming release, LIFE SUPPORT.  The scene takes place in Houston Grace hospital, where Physician Assistant Eli Landry and ER nurse Lauren Barclay have been through an emotional wringer with tough cases and personal conflict. Eli's ordered a cafeteria tray for his 8 yr. old daughter who, because of circumstances, must eat her dinner in his office:

“Oh, cool!” Emma Landry chirped, appearing in the doorway. She glanced at Lauren, then back to her father. “Did you ask her, Dad?”

“Ask me what?” Lauren couldn’t imagine.

“Shrek,” Emma blurted. “Our dog. Dad picked him up at the groomer on his way to get me at camp. Then we had to come here because of Uncle Drew.  Shrek’s downstairs at the loading dock.   Everyone’s being really nice; Vee even gave me a hospital blanket—oops.” She pressed her fingers to her lips. Chipped nail polish, each one a different color. “I probably shouldn’t tell you about the blanket. Anyway, he has water, too. And a place to lie down. But we’re worried because of the thunder.”

Eli tossed Lauren a sheepish look. “Our dog’s a coward.”

“We wondered if you could take him home with you.” Emma’s nose perked with appreciation as she caught a whiff of the cafeteria tray. “Just ’til Dad’s shift is over. That’s only a couple of hours from now. Shrek would be no problem.”

“I think that’s too much to ask, Emma.” Eli lifted the cover from his daughter’s dinner. The salty-rich aroma of melted cheddar and fries wafted. “It isn’t right to impose.”


“Only for a few hours?” Lauren watched as Emma poked her small finger though the vortex of a curly fry . “I’m watching my folks’ dog. And Hannah   Leigh’s . . .”  She decided there was no way she could explain that her parents’ shih tzu was under the care of a canine therapist. “She’s sort of sensitive.” 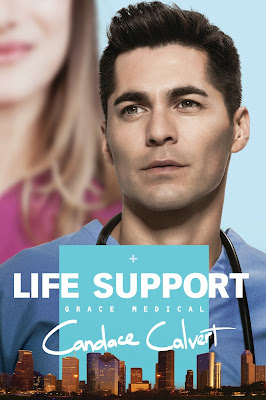 Easy button hospital cafeteria meal for my characters but, trust me, nothing else is easy for those folks, as you'll see when LIFE SUPPORT  releases in March, 2014.

Meanwhile, takes some bows for an easy but healthful meal in your own kitchens. Happy reading and . . . bon appetit!
Posted by CandaceCalvert at 6:30 AM

my kinda meal! Now where do I find the man to light the barbie? ;-D

This looks really good. Never seen polenta packaged like this, but maybe I just never looked for it.