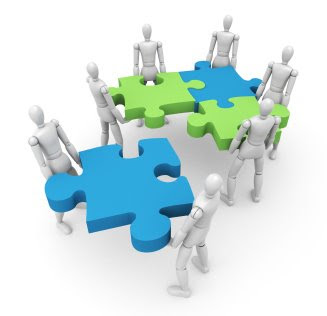 My editors suggested numerous revisions to my completed DISASTER STATUS manuscript, and one of them involved . . . war. No worries: I'm not referring to any author-ego explosion on my part. I mean literally a war--they suggested that a pivotal character in the story change from a Viet Nam veteran to a Gulf War veteran. "Less dated" and perhaps more relevant to a broader range of readers. It made sense, so I agreed. Except . . . I discovered that there is far less information available on the Persian Gulf war, as compared to Viet Nam and the current Iraq War. My challenge: How would I give "Sarge" the authentic memories (and painful flashbacks) necessary to take him on the journey he must make in this book? I was puzzling over this, when my husband reminded me that a member of our church is Gulf War veteran who has very generously given his time--and his heart--to volunteer at a large military medical center in San Antonio. Most specifically visiting with (listening to) amputees.
My character Sarge lost his leg after stepping on a landmine.

So today, after church, this man graciously sat down with me. I peppered him with questions: about sand, heat, Scud missiles, landmines, sights, smells, military terms . . . post traumatic stress, civilian casualties. I introduced him to Sarge--and then he taught me more about this character I'd created . . . than I ever knew. I scribbled notes page after page, as fast as I could. Interesting details. Like:

1) The all pervasive memory of that war is the burning oil fields: air so black with sulfurous, choking smoke that day looks like night.
2) Day time temperatures reach 117 degrees-- gas masks fill with perspiration until a soldier must to dump it out to avoid inhaling his own sweat.
3) So strong was the fear of biological (and chemical) warfare, that soldiers drank only imported, bottled water from the U.S.
4) The quiet (complete and eerie, dead-still quiet) of the desert night . . . lets you hear your own heartbeat.
5) Scud missiles shriek and squeal as they pass overhead.
6) A foxhole (dark and small and contained) provides a sense of "safety."
7) The last sound a victim of landmine hears . . . is a small "click."

He talked. I listened. I learned. And found amazing factual support for some of the things that already appear in that first draft of DISASTER STATUS. Like traumatically stressed Sarge's need to hole up in a closet--so much like the safety of a foxhole. His obsession with bottled water--he'd learned in war, to trust nothing else. Those parts of the puzzle fit, so much so that I'm grateful that my editors changed wars on me! But mostly, I'm struck for something that happened after my interview with this kind veteran:

I'd thanked him (over and over) and explained how it was my publisher's hope that DISASTER STATUS (and this Mercy Hospital series) would reach thousands of readers that needed an encouraging message of hope. He smiled and said, "Something led you to me--maybe I'm supposed to be part of helping you to help all that happen."

He meant, of course, that it was a result of a bigger Plan than ours.

Thank you, veterans and military personnel (and families) everywhere!
Posted by CandaceCalvert at 11:00 AM

I love it when that special connection happens . . . Spirit not coincidence. Don't have to tell you!

Oh my goodness. How fascinating. What a blessing to have someone share such intimate information and perspective.