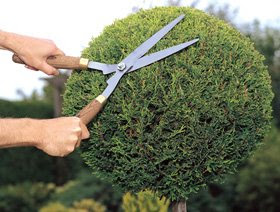 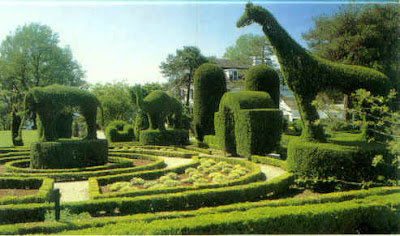 I'm at my very favorite part of the writing process: Revising the work. In this case, a first revision (or "polish") by the author herself: Moi. A second revision--likely more extensive--will be suggested by my new Tyndale editor after I turn in this manuscript. But for right now, I'm having the fun task of re-reading THE HEALER'S HEART page by page as if I hadn't seen it a zillion times before (At dawn in my jammies, in the middle of the night when a plot point called to me, on my laptop in airports, in my dreams . . . and nightmares. Ah, the angst!).
I'm reading it through to see the story flow and the characters come to life. To laugh, get teary-eyed, feel a rush of goosebumps, a pitter patter of my heart, a prickle of suspense . . . and, finally, a satisfying lift of my spirit when the adventure ends. Everything that I want my readers to experience when they turn the pages of THE HEALER'S HEART next summer. And I'm also . . . getting out those pruning shears!
During a first revision, an author not only looks for the things I've mentioned before (eyebrows with lives of their own, "crutch words," consistency in character dialogue), but she must also prune the story so to speak. Cut passages that do little to move the plot forward, snip away wording that might confuse the reader, simplify, focus and--most importantly--be sure that the rule of "Show don't Tell" is followed throughout the work. Meaning that the scenes are shaped by action and dialogue that prove the emotion and conflict, not by long paragraphs that explain why people are doing things.
For instance in the first pages, Dr. Logan Caldwell jogs to the ER ambulance bay, scowling--stethoscope swinging across his chest-- shoves a reporter aside and shouts, "Where are those extra nurses? Call the night shift in early--a double shift's not going to kill anyone. We're working a disaster here!"
(And when nurse Claire Avery thinks, "the man looks like he eats chaos for breakfast," we understand why)
What if, instead, I simply wrote: "Dr. Logan Caldwell hurried to the ambulance entrance, angry because a reporter had arrived and because a disaster had happened and the ER was short staffed." See what I'm saying? Show, don't tell.
And, of course, I'm checking the entire story to be sure that in each scene (approx. 4 per chapter) has a goal. If it doesn't, and therefore doesn't move the story forward (as fast as Dr. Caldwell jogs through the ER) then it gets snipped out. No matter how cleverly I think I may have worded it! Snip, tweak, polish. I re-read the manuscript, making penciled notes. Then review the input my very talented critique partner, Nancy, has given me. And I will likely pencil in those changes as well. Then I'll sit down at the computer and make the changes.
After that, comes a "rest period," where I let the manuscript sit for awhile. So that I can re-read it once again, with fresh eyes. And make any additional changes before I send it off to my editor.
While she's reading it (and making a list of more revisions), I'll be working on the second book in The Shift in Faith Series.
So that's the task at hand. Pass me those pruning shears, wouldya? Do you think this third scene in Chapter Seven . . . looks more like a giraffe or an elephant?
Posted by CandaceCalvert at 12:03 PM